CENTER OF INTERPRETATION OF RICE, TORRA

During the 20th century, the cooperative movement made its appearance in the Ebro Delta and rice cooperatives became in large numbers, practically one in each municipality. At the beginning of the 21st century, cultivation methods and marketing systems change and cooperatives must merge with each other in order to become more competitive. New factories are built and this motivates the abandonment of the former Camarles cooperative and its factory.

Since then, the municipality has set itself the objective of recovering part of the facilities, since the building dates back to the 19th century, and turned it into a center of interpretation of what has been represented by this territory. rice industry

Finally, thanks in part to the financial support of the LEADER program of the European Agricultural Fund for Rural Development (FEADER), on April 30, 2016 the center opens its doors to the public.

The center is located on the outskirts of the village in a complex of buildings called "La Torra" that belonged to the Finca La Granadella in its time. This farm became one of the economic motors of the town during the 19th and 20th centuries, being property of the family De León (county of Belascoain initiated in the nineteenth century by Don Diego de Leon and Navarrete)

As already mentioned, the Center occupies the space of the old mill of the Cooperativa Arrozera of the town and has 1400 square meters. Inside there are old rice treatment machines, furniture, explanatory and audiovisual panels. There is also a store, space for coffee and various services, such as offices and a multipurpose room for the celebration of events of diverse nature. 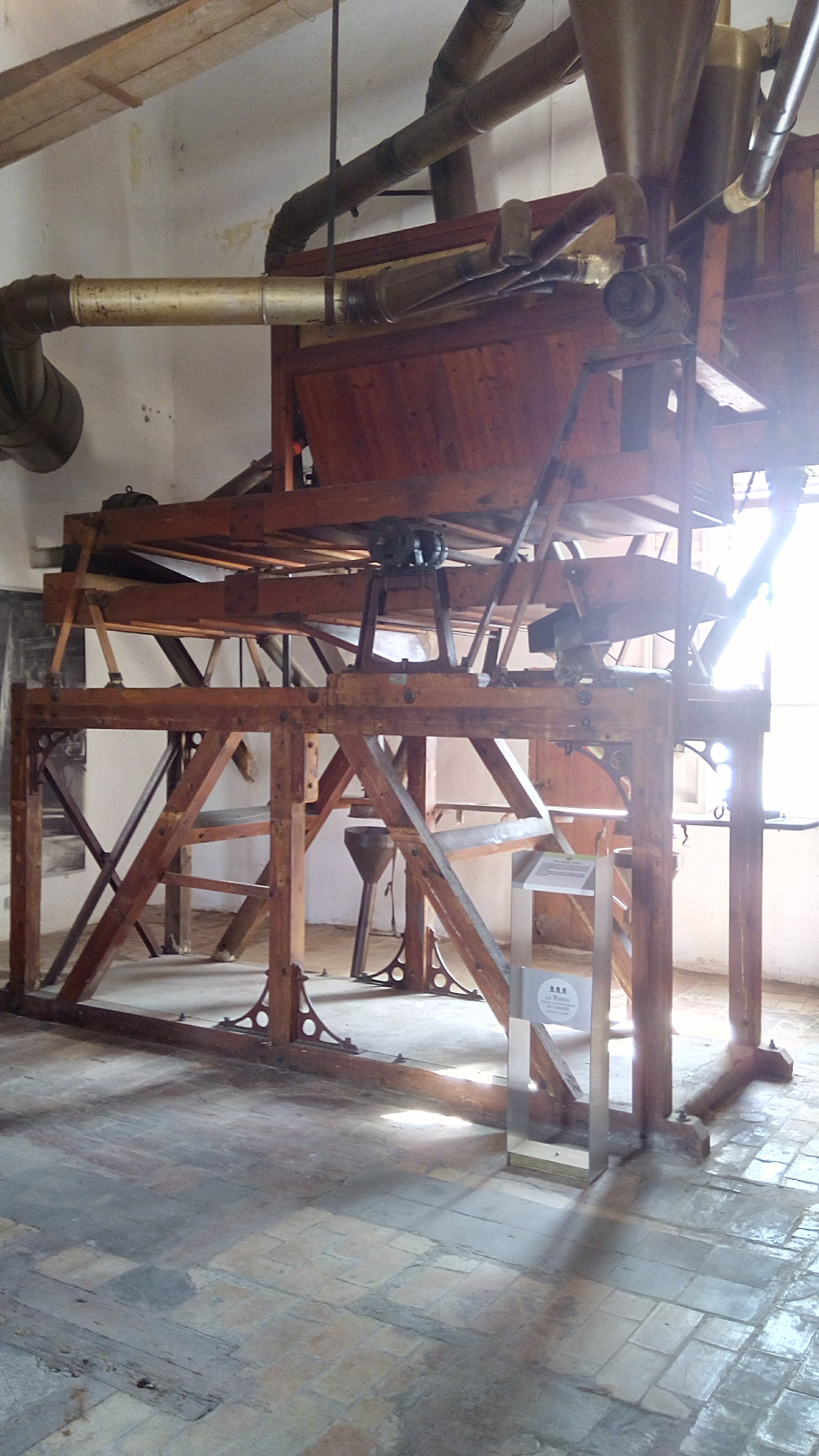