The Xerta to Gandesa stage is a difficult stretch, but it is perhaps also one of the most beautiful and interesting. It leaves from the old Xerta train station, following the abandoned train line that joined La Puebla de Alcañiz and Tortosa. You have to follow the Green Way. The trail ascends gently and constantly through a backdrop of tunnels, bridges and gorges, as well as going through the old Benifallet and Pinell de Brai stations, for the first 20 km of the route. Be warned that some of the tunnels are particularly long and curved in shape, meaning it is essential to carry a torch as finding yourself in complete darkness could be very distressing. Also note that lighters are no good as the currents of air do not allow them to be lit. Aside from this, the bridges and gorges along the route are indescribably beautiful, comprised of a varied collection of views, smells and sensations for the pilgrim’s delight. The way is abandoned right at el Santuari de Nostra Senyora de La Fontcalda, an impressive place situated alongside the Canaletas river, behind a narrow valley and in one of the most astonishing and most beautiful spots in the area. From its springs, known as Els Xorros, the water emerges at 25°C and is used by the local spa for its curative properties.

From La Fontcalda, there are three different signposted routes. The path continues following the course of the river along a narrow gorge comprised of tall rock faces, before eventually coming out in to a semi-open clearing after travelling 200 m to 300 m. Here, a path on the right starts a sharp and long ascent up the ravine that sits between two majestic mountain ranges. The famous Bordón de la Peregrina rock is waiting for us at the summit. It bears a surprising resemblance to a staff and acts as a reference for the traveller. Once at the summit, the path leads to a small road that descends gently and pleasantly, giving our punished legs a break. This is helpful as to finish the stage we still have some small but difficult mountain inclines ahead of us. These run parallel to the main road and take us to the town of Gandesa. 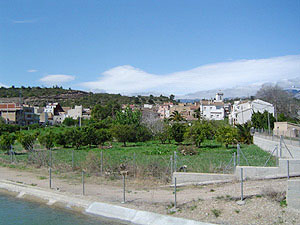 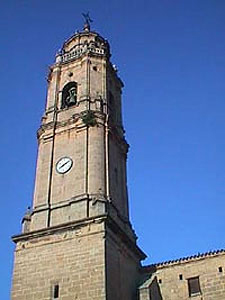