From Colldejou, Stage 19 of the GR 7 advances following the path followed on Stage 18, leaving some stables behind us, before taking the trail that rises up to a hill. On the way, along a gentle stretch, we take the detour GR 7.3, and further ahead, our route begins to descend, leaving the summits of the Serra de Llaberia mountain range to the left.

Further ahead, after going up a stretch of steep hillsides, we cross to the other side to meet a path which descends from the trail. We continue until finding a left turn which, to the southwest, connects our route with a well-beaten trail, on which we start to ascend by zigzagging. The Pas del Portell is waiting for us further ahead with views of the Mola de Colldejou summit. The trail then advances in a gentle descent along the other slope, leading us to a stream. After crossing it, we find the small village of Llaberia at about 6 km from the beginning of the stage. The route then descends, eventually entering a ravine which we descend from its highest point all the way to the very bottom.

The well-maintained path eventually stops at the bottom of the ravine after passing through thick vegetation. Once there, we find a track and the pillars of an old bridge and we start a gentle ascent up gradually leaving the ravine. The GR 7 then leads to an area of vineyards and continues, further ahead meeting the path that branches off towards Capçanes. Connections with the PR-C 92, La Fou, Mas del Collet, or the PR-C 88, also appear along the route, before we find on the left hand side of the route, the highest point of the whole walk, El Montalt.

The trail then reaches the mountain pass, from where we descend via a loose stone path, leaving the hillsides of the Sierra del Montalt on our left, and the ruins of various farmhouses on our right. This path then leads to a track to be left in favour of a trail that advances along the right bank of the Montalt stream. Soon after, we cross to the other side of the stream, where on the left bank and in a few metres, we take a trail that skirts along a rocky peak alongside the Capts stream.

Shortly after, a trail appears on the right which we take to go up to the Mas de Capcir and, at the top, we find another trail. From there, we continue our journey alongside a stone wall on the left hand side until we arrive at the highest point, from where views of Tivissa appear.

Then, a rocky path that descends via the Cami de les Moles begins. This finishes leading into a concrete path, after passing under a high voltage power line. The GR 7 continues along this trail, keeping to the left and ascending up to the C-44, the road on which we continue for several metres to the right.

Further ahead, the road leads into the town of Tivissa, where we head for the Parc de Bombers completing Stage 19 of the GR 7. 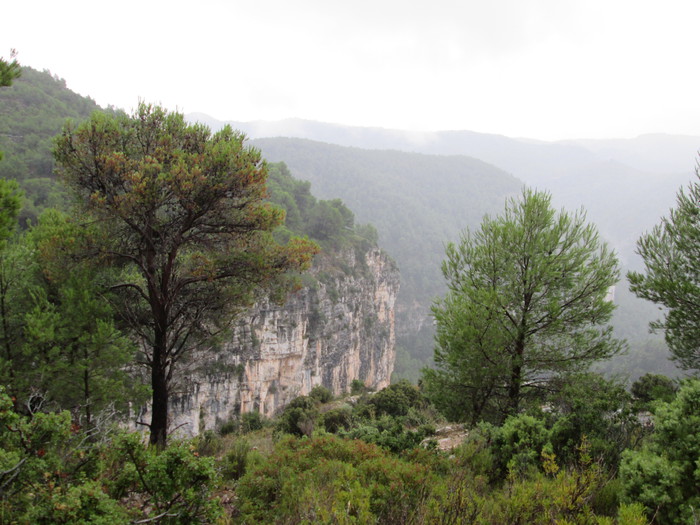 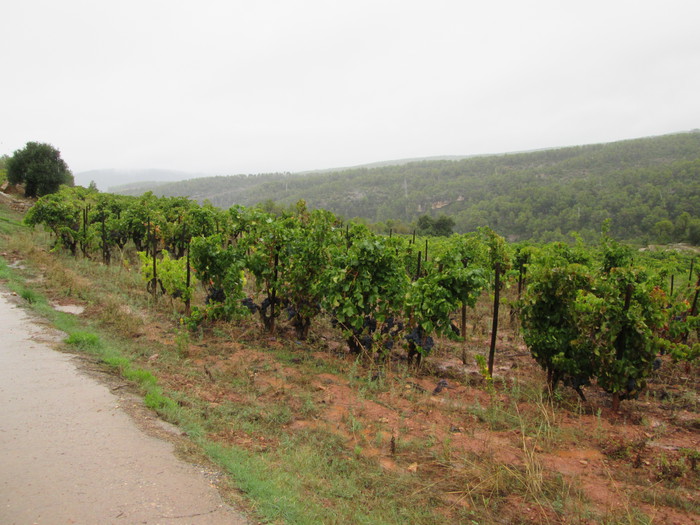 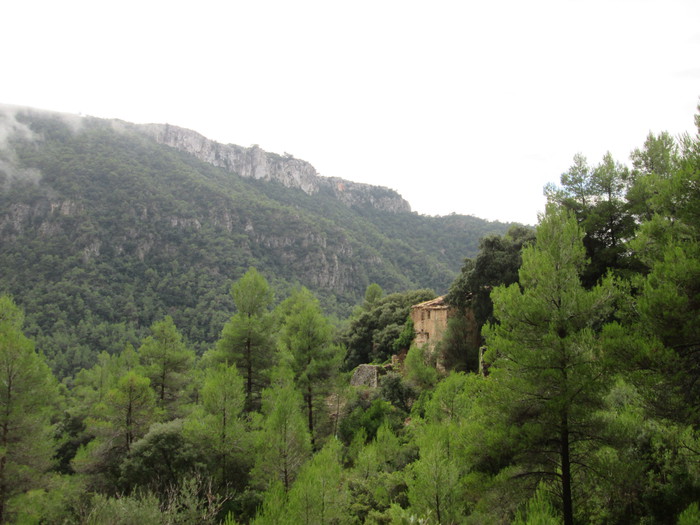