This route goes through land classified for the “Integral Restoration of the Riparian Forest between Tortosa and the Ebro River Mouth”, a project developed by The Ministry of the Environment and Rural and Marine Affairs. This programme has recovered the riparian forest on the right side of the Ebro and the old deltaic towpath.

This path was situated on the riverbank and was very important for the skiffs that navigated the Ebro transporting rice upstream and downstream, the supplies that are scarce in the Delta (stone, wood, etc.). The sailboat was towed, upstream, from the riverside by animals (mules) or by people (the tow men). Downstream the boat made use of the current, using a lateen sail to take advantage of the wind. Halfway through the 20th century, with the improvement of railway and road infrastructure and the construction of the Riba-roja, Flix and Mequinensa dams, the Ebro lost forever its role as a communication channel and in turn, lost its waterway navigation and skiffs. Nowadays, one can visit two skiffs in the Delta. One, on display at the Eco-Museum, and the other, in front of the Deltebre Nautical Club. Additionally, the “Lo Sirgador” skiff has been restored and carries out tourist routes from Amposta to Miravet. We start the route at Amposta’s Tourist Information Office.

With the Ebro on our left, we go forward towards the riverside walk, situated 300 m ahead. Once on the riverside walk, and with the Ebro to our left at all times, we keep going for 800 m until arriving at km 0 of the towpath. At that point, we start our journey along the Delta’s towpath, which we will follow for practically the whole route, flanked by a wooden protective fence. After 2.4 km, we arrive at a waterwheel [Noria], a construction for raising the water level of the river in order to irrigate the fields nearby. We keep going and after 3.2 km, we arrive level with the island of Sapinya (km 5.6). The island, declared a partial natural reserve, occupies 3 ha and is made up of riparian forest, although not particularly well-formed, meadows and full sun vegetation. We keep going for 2.9 km until arriving at Balada (km 8.5), a small residential development situated in front of the island of Gracia, alongside the Ebro River. Its only street marks the municipal borders of Amposta and Sant Jaume We can visit the Baladre de Balada, an oleander tree catalogued as “monumental”. We keep going for a long stretch with the island of Gracia to our left, until arriving at Sant Jaume d’Enveja (km 11.3).

At this point, we cross the Ebro by a bridge and link up with the Eco-Museum-Estuary itinerary and the GR 99 Natural Path. At Sant Jaume we recommend visiting The Huts of the Delta Interpretation Centre of (Tel. +34 977 468 039 and +34 977 478 056). We continue along the towpath and after 1.7 km we arrive at the Bosc del Comandant forest (km 13), one of the few riparian forest formations of size and density. We leave El Bosquet behind and head towards the Migjorn river, situated 8.6 km away from the end point of the towpath, making a total journey length on the way of 21.6 km. This route is made up of rural paths (13%) and bicycle lanes (87%). Tarmac (5%), dirt (95%). 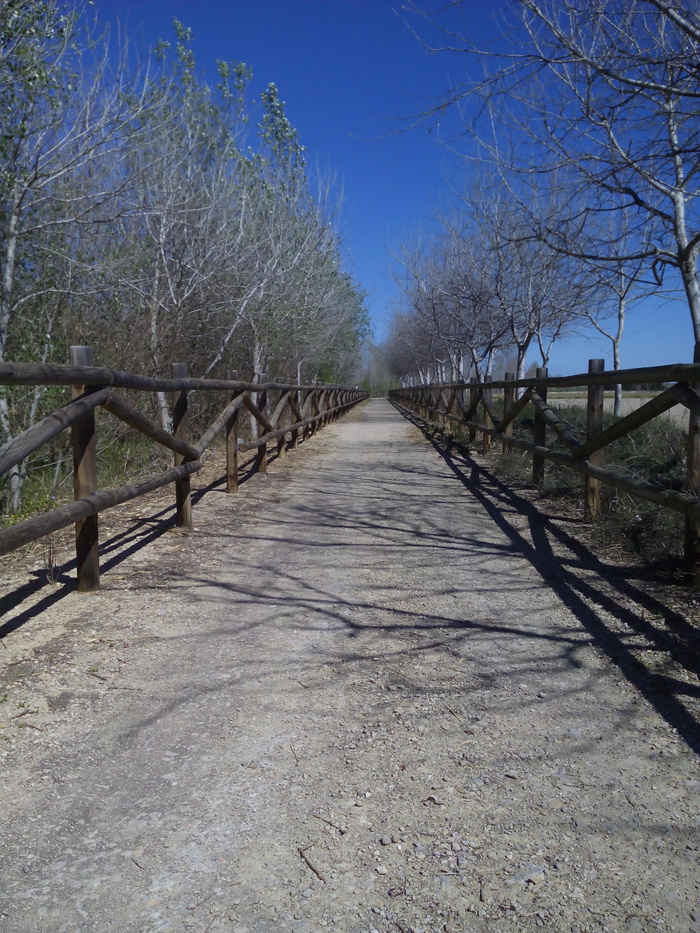 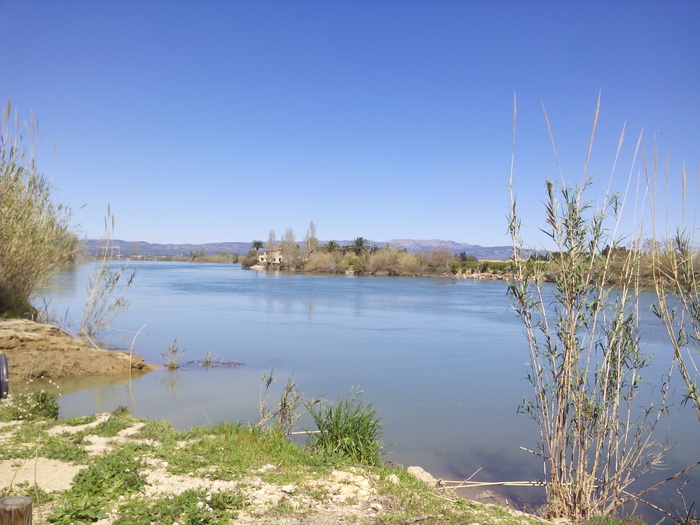 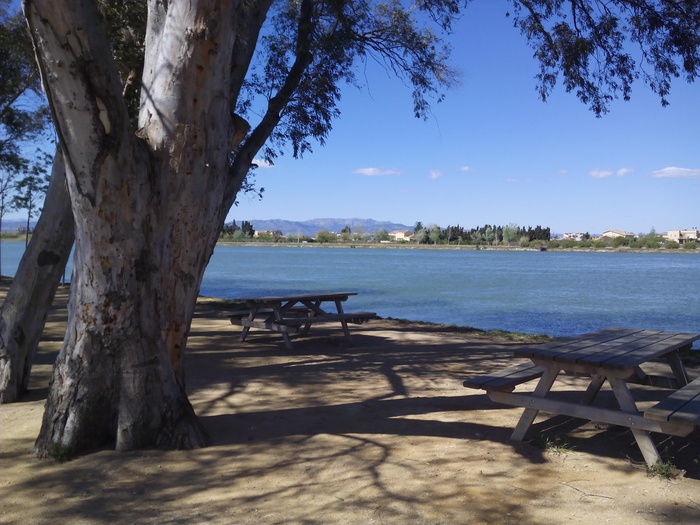